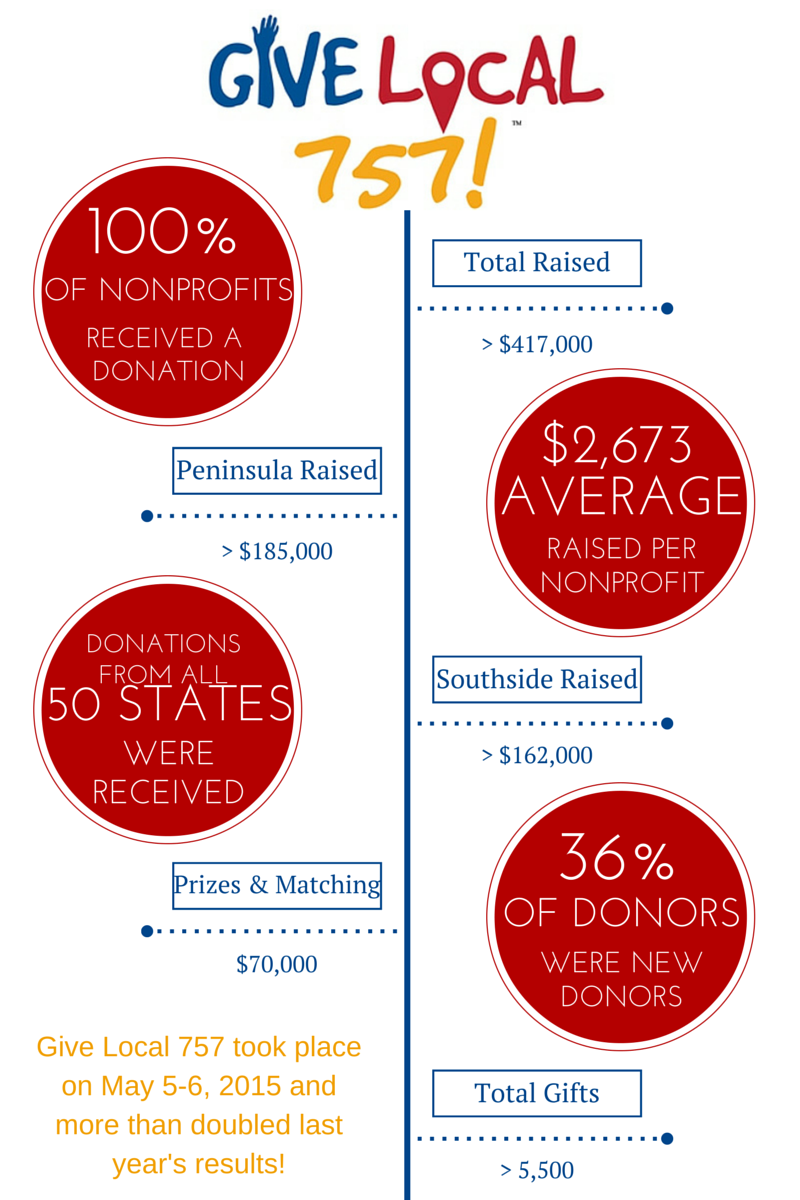 The final dollars are in, and it’s official: this year’s Give Local 757 more than doubled the 2014 event’s results!

This year, the Southeast Virginia, Peninsula, and Suffolk Community Foundations teamed up to host the Second Annual Give Local 757 on May 5th & 6th. Give Local 757 is officially the largest, single-day, charitable crowdfunding event to date to be hosted in our region. Over the 24-hour giving period, thousands of donors gave to 167 worthy nonprofits.

Southside nonprofits raised over $162,000, while those on the Peninsula raised over $185,000. As extra fundraising incentive, the cohosting foundations held challenges throughout the 24 hours, awarding the winning nonprofits with cash and non-cash prizes. In addition, each region was eligible for matching funds, boosting their nonprofits’ fundraising totals. The prizes and matching funds totaled to $70,000!

We, along with our cohosting foundations, are thrilled by the impact of the event and the attention it got. The participating 167 nonprofits did an excellent job advertising for Give Local 757 through their social media sites, bringing in recognition from several local news publications and donations from every state in the country!

Give Local 757 is part of Give Local America 2015 (GLA) which was organized by Kimbia and raised $68 million nationwide for over 9,000 participating nonprofits. The online giving platform gives nonprofits a unique way to not just acquire, but convert and retain new online donors – a group that is increasingly important to nonprofits as donor demographics change.