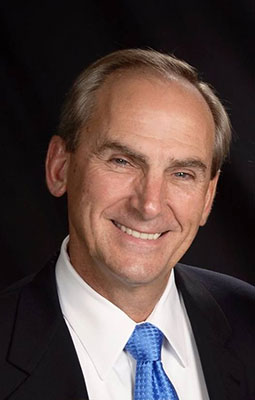 Public service has defined Steve Best since he became a volunteer fireman in his native Chesapeake at age 16.

He would spend 37 years with the city’s fire department, the last dozen as its chief, retiring in 2010 but with still ample energy to give back to his community.

Now Best, who was named the 2015 First Citizen of Chesapeake by the Chesapeake Rotary Club, has found a place to continue doing just that. Best, who has a bachelors in public administration, a masters in business administration and a law degree, is the new Chief Executive Officer of the Southeast Virginia Community Foundation (SEVACF), succeeding the retiring Ward Robinett.

In 2015, SEVACF provided almost $700,000 of financial support to 74 non-profits in such fields as arts and culture, health and human services, civic and economic development, along with education.  The money came from interest earned on 76 endowment and donor directed funds housed at the Foundation.  “My goal is to significantly increase the number of those funds,” says Best, “by building relationships in with philanthropic individuals and families.” Charities can apply twice a year, in the spring and fall, for grants.

“We are thrilled to have someone of Steve’s caliber and reputation as our new CEO,” says Tim Culpepper of Robinson Development, who is the president of the SEVACF Board.  “Steve’s leadership skills, passion for the communities we serve, and vision for the future of SEVACF are extraordinary.”  Culpepper praised Ward Robinett for his nearly two years at the helm of SEVACF.  “Ward brought a great deal of professionalism, financial acumen and area knowledge to the position. Thanks to Ward, Steve was able to hit the ground running and expand our funding base.”

SEVACF traces it roots to 1965 and the founding of the Portsmouth Community Foundation. In 2009, that organization merged with the Heron Foundation in Chesapeake. “Southeast Virginia has many wise and generous people who appreciate the benefits of a community foundation to manage their money because there are tax advantages for the donor and ample revenue for recipients in the charitable sector,” says Best.

“We have many ways for citizens in any city in Southeast Virginia to start a legacy fund within SEVACF,” says Best, “and we have experts to help guide them. They can designate proceeds toward a particular city or purpose or provide them to us unrestricted so our committee can determine where they can be of the most assistance.”

Best, who along with his wife Sheree have two grown children, says his faith has much to do with his enthusiasm for the SEVACF opportunity.  “Service to me is a calling. I love helping people so I’m energized to pick up where my friend Ward Robinett left off. When caring people understand the value of a community foundation, they are more willing to establish funds.  It’s my job to tell that story and make those connections.”